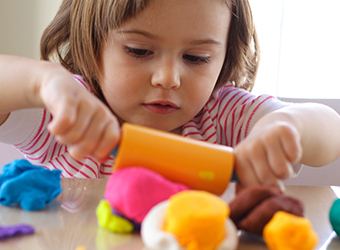 During August and September 2014, The European Commission (EC) and the Scientific Committee on Health and Environmental Risks (SCHER) conducted a public consultation on the Committee’s preliminary opinion on Chromium VI (CAS No. 18540-29-9) in toys. The final opinion was recently published in January 2015.

Table 1: The migration limits for Chromium VI in toys proposed by SCHER

The Final Opinion acknowledges that current best available technology may not be sufficient to achieve the new migration limits.

The new available evidence indicated that observed carcinogenic effects of Chromium VI in experimental animals also have relevance for humans. A virtual safe dose was derived and new values for migration limits for Chromium VI from toys were recommended. Given their relatively high background exposure, the SCHER is of the opinion that exposure to Chromium VI from toys should be minimised to the lowest levels achievable.

Chromium is a naturally-occurring element found in rocks, animals, plants, and soil. It exists in multiple oxidation states, of which the hexavalent (chromium VI) and trivalent (chromium III) states are most prevalent biologically.

Other articles in this issue

Share this article
Print
Recommend page
Take the next step
How can we help you?
Connect with us