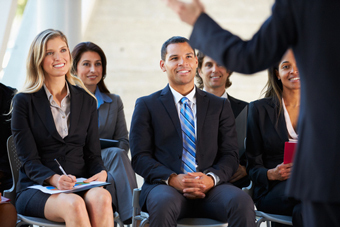 Not least thanks to effective EU legislation at various levels, BSE no longer dominates the headlines in the major daily newspapers. By publishing its Regulation (EU) No. 722/2012, the European Commission has now established a new regulatory framework for utilising tissues of animal origin in Medical Devices. The regulation will come into effect in 2013, replacing former TSE Directive 2003/32/EC. At a symposium carried out by TÜV SÜD in October 2012 in Munich, international experts explained the backgrounds. A résumé of the most important legal changes and their effect on the manufacturers of Medical Devices.

Around 40 stakeholders followed the TÜV SÜD invitation and attended the BSE symposium at BMW Welt in Munich. The audience was an international one: representatives from industry, institutes, authorities, and Notified Bodies had travelled from China, the USA, Ireland and, of course, Germany to take part in the symposium. Nine high-profile speakers delivered a comprehensive update on TSE risks and the new EU regulatory framework for utilising tissues of animal origin in Medical Devices. The symposium focused on the new Regulation (EU) 722/2012 and its impacts on risk management when using tissues of animal origin or their derivatives in the manufacturing of Medical Devices in accordance with the ISO 22442 standard.

Update I: Risks and directives

The significance of a harmonised EU regulatory framework to combat BSE was underpinned by three outstanding contributions from the world of research. Priv. Doz. Dr. Johannes Blümel from the Paul Ehrlich Institute and Dr. Anne Balkema-Buschmann from the Friedrich Löffler Institute informed the attendees about known patterns and variants of the disease and the resulting risks. Prof. David Asher, Head of the TSE laboratory at the FDA (Food and Drug Administration), outlined new findings from the USA on the deactivation and decontamination of BSE pathogens. Prof. Walter Schwerdtfeger presented the new EU legislation from the perspective of the German Federal Institute for Drugs and Medical Devices. The manufacturers' perspective, too, was given enough consideration at the symposium. In two technical talks and comprehensive rounds of discussion, the attendees spoke at length about the consequences involved for the Medical Devices industry.

The new Regulation (EU) No. 722/2012 was published on August 9, 2012. After entering into force on August 28, 2012, application of the regulation will become mandatory in all EU Member States on August 29, 2013. The regulation applies to devices that use tissues of animal origin (e.g. bovine heart valves or bovine bones as bone filler material) or derivatives from BSE-relevant animal tissues (e.g. collagen and gelatin). In the future, the regulation will explicitly also cover active implantable and custom-made Medical Devices (e.g. mandible transplants that are exactly fitted and designed for individual patients) and Medical Devices used in clinical investigations. For these devices, the new regulation defines requirements related to risk management, sourcing of materials and safety regarding the transmission of infectious agents.

The former GBR ("geographical BSE risk") system for risk assessment is replaced by just three risk categories related to the country of sourcing. In addition to the above, manufacturers will have to take a number of further changes into account and justify the use of tissues of animal origin to the Notified Body, taking into account the related risks. Manufacturers must colect, evaluate and submit to the Notified Body all information on significant changes with regard to the TSE risk of the Medical Device. The Notified Body will then decide whether the changes result in an increase of the overall TSE risk and whether the already approved device may have to be re-assessed.

The regulation includes a significant change for manufacturers using starting materials that have already been certified by the EDQM (European Directorate for the Quality of Medicines & Healthcare). So far, Medical Devices made of these materials have been exempted from consultation with all EU member states. However, in accordance with the new regulation a consultation procedure, albeit shortened to four weeks, is now also required for these devices.

Manufacturers of Active Implantable Medical Devices that include BSE-relevant material of animal original also must engage in consultation with the EU authorities. Manufacturers of Active Medical Devices covered by an EC type examination certificate must apply to their Notified Body for a complementary certificate attesting compliance with the new regulation. Compliance with the new regulation is also imperative for the (continued) use of the CE marking.

Alongside the publication of the new TSE regulation, the EU introduced stricter requirements for Notified Bodies throughout the EU, and stepped up monitoring of these offices. For instance, all EU Member States must verify and inform the EU Commission by February 28, 2013 that their Notified Bodies have the necessary expertise and up-to-date knowledge.

Interested parties who missed the symposium in Munich can also contact TÜV SÜD to obtain timely and direct information on the new requirements and initiate any tests that may be necessary before the changes come into effect.

A PDF-file of the COMMISSION REGULATION (EU) No. 722/2012 of August 8, 2012 concerning particular requirements laid down in Council Directives 90/385/EEC and 93/42/EEC with respect to Active Implantable Medical Devices and Medical Devices manufactured utilising tissues of animal origin is available here.

Back to the newsletter